Even though at Chumbe Island we have pretty much eliminated single-use plastics from our ecotourism operations, we are not spared from marine litter being washed up on our shores.

In order to gain a deeper understanding of the marine litter problematic, DTP (Deutsch Tansanische Partnerschaft e.V.) volunteer Lukas Kestel monitored the Beach Clean Up activities of four Beach Clean Up events from March to August 2022. He collected data and wrote a report about the events.

For the Clean Up Events, the Chumbe Clean Up team worked with a regionally tested systematic method of collecting and recording washed up marine litter. In addition to that they designed a new adapted datasheet to enter all collected data, which the team can continue to add over time.

After sorting, weighting and recording the collected ocean litter, it was sent to the Chumbe Headquarter in Unguja and then picked up by Chumbe’s partners Zanrec and Chako for recycling wherever possible. The non-recyclables were given to the municipality.

Drinking bottles cause the most litter

Whenever possible, the team also analysed the origin of marine litter. This is possible when an item still holds a label that includes a barcode or address of origin. Therefore, they focused particularly on identifying plastic drinking bottles.

The four Beach Clean Ups aimed at training volunteers in a scientific method to gather and analyse data from marine litter and adapting a regional data collection tool to the Chumbe Island context.

Importantly, these Clean Up events were also a staff capacity building opportunity that involved the ranger team. These events also allowed to assess practicalities for conducting regular Clean Up activities on the island, alongside tourism operations.

Chumbe will continue the Clean Ups and monitoring activities to further increase understanding around marine litter, ocean currents, seasonal influences, waste distribution and its dynamics around Chumbe Island within the Zanzibar Channel in the Indian Ocean. 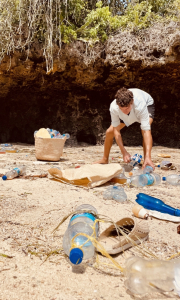 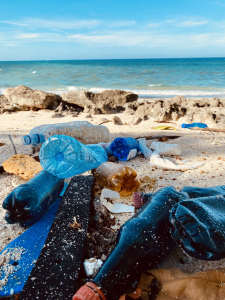 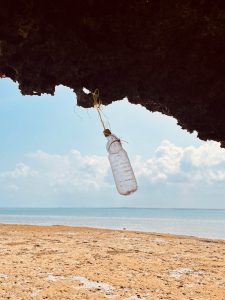 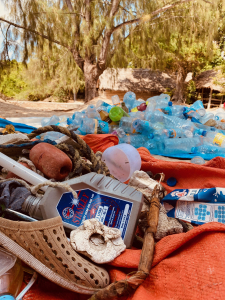